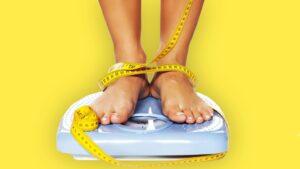 Eating disorders are thought to affect more than one million Australians and many of these people will never seek help or treatment for their condition.

There are many types of eating disorders and each comes with its’ own set of characteristics and possible causes. It is important to recognise that an eating disorder is a potentially dangerous psychological problem that can affect anyone of any age, gender or cultural background.

The most commonly recognised eating disorders include anorexia nervosa, bulimia nervosa and binge eating disorder and although these conditions are quite different, they are connected by an underlying sense of body dissatisfaction and often, depressive illness.

Anorexia Nervosa is characterised by a pattern of restricted eating due to intense fear of putting on weight, or intense desire to reduce body weight. This is not a ‘lifestyle choice’ but a serious psychological problem that requires diagnosis and treatment. People with anorexia often over-exercise as well in an effort to lose more weight. There is a dangerous amount of psychological attention placed on body image which leads the person to perceive their body in a distorted way. They often skips meals, count calories, exclude whole food groups and may often engage in other behaviours to restrict caloric absorption such as vomiting, laxative abuse, using enemas and diuretics. People with anorexia are typically very underweight.

Bulimia Nervosa is characterised by fluctuating periods of over-eating (bingeing) and under-eating. People suffering with bulimia often over-eat in secret and then are shamed into ‘making up for it’ by engaging in compensatory behaviours such as restrictive eating, over-exercising, intentional vomiting, laxative abuse and inappropriate use of illicit or prescription drugs for weight control. These behaviours are often well concealed from others and as a result, it is not uncommon for bulimia to go undiagnosed or undetected for a long period of time. People with bulimia experience weight fluctuations and may be overweight, of normal weight or underweight.

Binge Eating Disorder is characterised predominately by over-eating. This may be sporadic or recurrent and episodes are usually emotionally triggered by guilt, depression or stress. The difference between binge eating and bulimia is that there are no ‘compensatory’ behaviours such as intentional vomiting or crash dieting. There is a general inability to control what or how much you are eating and as a result people who suffer with binge eating disorder are usually overweight or obese.

It is generally agreed that an eating disorder develops out of a combination of social, psychological and biological factors, which affect different people, in different ways.

The rapid increase in social media sites, communicating the ‘ideal’ body type and a cultural tendency to judge others by their appearance is thought to play a particularly large role in the development of eating disorders, especially for vulnerable, impressionable groups such as young teens, both male and female.

There are a large number of signs and symptoms that can help indicate if you or someone you know may be suffering with an eating disorder. These may include (but are not limited to):
• Weight loss, weight gain or weight fluctuations;
• Preoccupation with weight and/or body appearance;
• Social withdrawal, especially in situations where food is involved;
• Anxiety and depression;
• Obsessive patterns, such as over-drinking water and only eating in private;
• Frequent excuses not to eat or be around food;
• Use of legal or illegal substances to try control body weight;
• Excessive or fluctuating obsessions with exercising;
• Repetitive trips to the bathroom after eating;
• Mood changes, irritability;
• Fixation on celebrities, social media personalities and particular body parts of themselves or others;
• Poor concentration and inability to think or react rationally;
• Sensitivity to cold; and
• Fainting, dizziness and general fatigue.

Eating disorders are a treatable condition, but they require acknowledgement of the problem and ongoing professional help. A wide support group of family, friends, work colleagues and medical professionals is important, in order to establish new, healthier behaviours that can be difficult to initiate and maintain.

For those suffering personally, a great website to visit is http://www.reachoutandrecover.com.au/. This page contains a wealth of information to help you recognise and verbalise some of the feelings and concerns you may have been experiencing.

For those who are concerned about a loved one, who you feel has developed an unhealthy relationship with food, or body image, a lot of useful information and support resources can be found at: http://www.feedyourinstinct.com.au/.