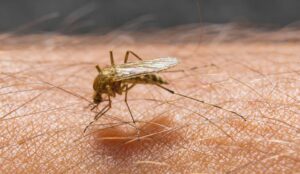 Travellers to countries in South East Asia, including Bali and Thailand are being encouraged to vaccinate themselves against Japanese Encephalitis in light of a recent spike in reported infections.

Japanese encephalitis is a rare viral illness spread by mosquitoes that causes brain inflammation. The mosquito can infect certain animals as well as humans. It does not transmit person to person, it can only be transmitted by a direct bite from an infected mosquito, bird, bat, cow or pig.

The disease infects around 30,000-50,000 people annually, with the vast majority of cases occurring in South East Asia. Most cases occur in rural agricultural areas such as rice fields and irrigated farming areas.

Most people who contract Japanese Encephalitis experience only mild symptoms of fever and headache. Symptoms usually appear between 5-15 days following the mosquito bite. However, in around 1 in 200 cases, the infection causes severe illness with symptoms including:

Around 30% of people who experience severe symptoms die from the infection and for those who survive, many will have long-lasting neurological damage. If a woman contracts the infection while pregnant, there is an increased risk of miscarriage.

Infection can be confirmed via a blood test however there is no specific treatment if the test comes back positive. Symptoms of mild infection usually resolve on their own. Severe cases require hospitalisation where treatment aims to relieve severe symptoms and reduce potential neurological damage.

A vaccination is available for people aged 12 months and older.  A booster dose may be recommended by your Doctor, depending on your age, future travel plans and other risk factors.

There are other ways to reduce your risk of infection, including the use of mosquito repellent, wearing protective clothing, sleeping in rooms with air-conditioning, fly-screens or mosquito netting and using aerosol insecticides as necessary.